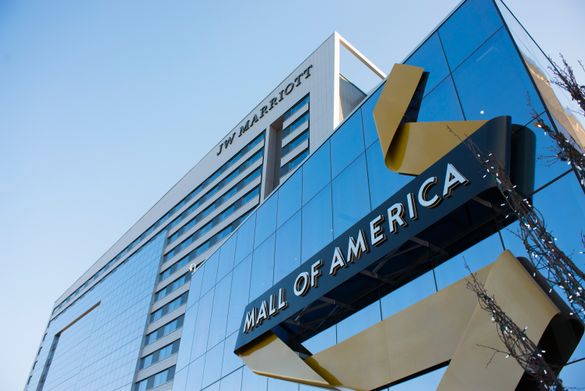 On the heels of their drone footage from Bryant Lake Bowl, the creators behind Rally Studios set out for another iconic Minnesota drone shoot: Mall of America.

The team at Rally Studios had a goal of not only setting up a drone shoot inside Mall of America – but also to bring in nostalgic storytelling from their days growing up in Minnesota and frequenting Mall of America. Viewers are sure to recognize a nod to a popular movie filmed at Mall of America in the early '90s.

“Our entire team has always been huge fans of Mall of America and dreamed of setting up a drone shot there even before the Bryant Lake Bowl footage caught like it did,” said Jay Christensen, Ariel Cinematographer at Rally Studios. “Working with the Mall was a collaborative effort that brought together like-minded folks who wanted to try making the seemingly impossible possible. And that's just what we did. After a busy morning of strapping on rollerblades and chasing rollercoasters with a drone, we are extremely proud of this footage and look forward to future shoots with the Mall of America team.”

The drone footage brings viewers through the Atrium of Mall of America for an unparalleled view of the public art installation, Kaleidoscope, before flying into Nickelodeon Universe, the seven-acre theme park located in the center of Mall of America. From there, the drone chases roller coasters and weaves in and out of other attractions before taking viewers eye to eye with the giant sculptures atop The LEGO store.

“The Rally Studios team are brilliant creators and collaborators,” said Chris Grap, lead storyteller and experience designer for Mall of America. “Their pride and passion for Minnesota and Mall of America was infectious and led the vision for this one shot. It was a true honor working with them every step of the way. Stay tuned, this definitely won't be the last time our teams work together.”

The drone footage from Mall of America can be viewed here.