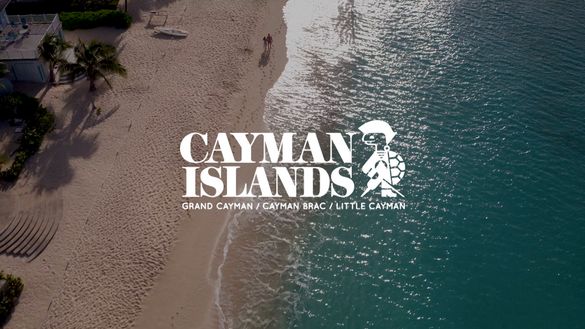 The Cayman Islands Department of Tourism (CIDOT) has launched its first TV advertising campaign in the UK for twenty years, currently on air on the Sky platform.

Based on the theme of finding 'the perfect escape,' the 60-second advert features a couple on a dreamy holiday in the Cayman Islands, showcasing the destination's stunning beaches, crystal clear water and a selection of the activities on offer to visitors. The advert forms part of a wider advertising campaign which will also see outdoor digital displays appear on the London Underground system. The digital posters are currently being displayed alongside escalators in seven major underground stations – Baker Street, Charing Cross, Knightsbridge, South Kensington, Leicester Square, Victoria and Waterloo - for a period of two weeks.

Travel and luxury brand marketing specialist mr.h (re-appointed by the CIDOT in July of this year) engaged the services of London-based video production company Beast, who were behind the production of the advert. Founding partner of mr.h, Trevor Heley said: “The advert forms part of a new creative strategy for the Cayman Islands Department of Tourism with further new digital collateral to appear in the coming months, including Facebook and YouTube advertising.

“We wanted to raise the bar even higher in terms of raising awareness for the destination, putting the Cayman Islands front of mind when booking a holiday. Using the services of Sky AdSmart has meant that the TV advert can be served to Cayman's target audience in a much more efficient and effective way.”

Don McDougall, Regional Manager for the Cayman Islands Department of Tourism, Europe commented, “Together with mr.h, and using a combination of travel market insight and creative and media know-how, we have created a stunning 60-second snapshot of what a holiday in the Cayman Islands is like.

“People are looking beyond the traditional beach holiday. They are looking for new experiences, customised to their idea of escaping their daily lives and routines and where better to get them thinking about this than when they are on their way to work or winding down in their sitting rooms at home.

“We are very excited about re-engaging with our audience on a different and more captivating level.”

The advert can be viewed via the Department of Tourism's CaymanLuxe website here.

About the Cayman Islands: the Cayman Islands are a British Overseas Territory in the western Caribbean Sea. The territory comprises the three islands of Grand Cayman, Cayman Brac and Little Cayman, south of Cuba and northwest of Jamaica.