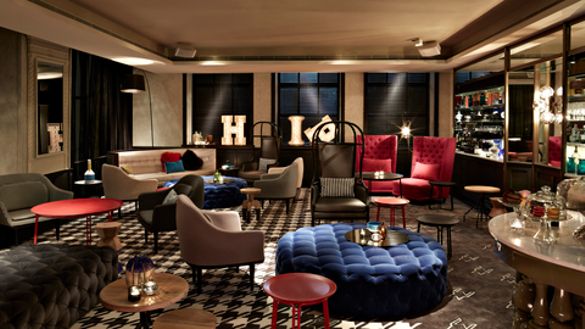 QT Sydney, the leading design hotel in Australia, has been named "Best City Hotel, Australia, New Zealand and the South Pacific" in the Travel+Leisure World's Best Awards 2017 readers' survey, it was announced today.

"We are so honoured to have been recognised with this major award by the readers of one of the most prestigious travel publications in the world," says Rhys Jones, General Manager of QT Sydney. "We are truly in a golden age of travel distinguished by changing consumer needs and global trends; and this award is indicative of a shift in the industry away from larger corporate and waterfront hotels towards more contemporary lifestyle-driven, city-center properties, with QT leading the way in Australia."

The award follows the recent inclusion of QT Sydney's new sister hotel, QT Melbourne, on the Travel+Leisure It List 2017 of the best new hotels in the world. QT Sydney was also previously awarded for the restoration of the historic State Theatre and Gowings buildings by the Australian Institute of Architects.

The full results of the 22nd annual Travel+Leisure World's Best Awards 2017 readers' survey are available now at www.travelandleisure.com/worldsbest and will be featured in the August 2017 issue of the magazine.

Located in the heart of the city, QT Sydney is a hip designer hotel housed in the historic Gowings and State Theatre buildings, which were artfully revamped and re-opened in September 2012. The gothic façades and features of the buildings were resorted to their former glory, bringing cutting edge art and interior design to the QT experience through LED digital art, bespoke furniture and bold colour. More than a place to lay your head, QT Sydney is a creative space to dine, drink and live and is a member of the exclusive Design Hotels group.

QT Hotels & Resorts first put its stamp on the Australian tourism sector with the launch of QT Gold Coast in 2011. The unique and exciting property delivered the first injection of QT's signature designer spaces with bold entertainment and intriguing yet relaxing guest experience. Now one of Australia's most loved and dynamic hotel brands, the family of properties include QT Gold Coast, QT Port Douglas, the flagships of QT Melbourne and QT Sydney, QT Falls Creek, QT Canberra and QT Bondi.

Adding to its portfolio of stunning boutique hotels and resorts, the recently opened QT Museum Wellington in New Zealand marks QT's first international property, with QT Queenstown to open later in the year. QT is set for further expansion with plans for QT Perth currently underway.